Pay As You Throw (PAYT) - Big Savings for Greenwich

Our First Selectman wants everyone to understand how the Pay As You Throw proposal works.  Please read below and/or press on this link for information on how it could work to save town residents from an increase in taxes! Town of Greenwich website - PAYT

The FY2020-2021 Budget presented many challenges to our Town, including drastic increases in waste removal and recycling costs. To mitigate the impact, the First Selectman’s FY2020-2021 Budget includes a Pay As You Throw (PAYT) system for waste management. This page is intended to be a one-stop-shop for PAYT. Below you will find information and documentation related to PAYT. We will update this page with new information and documents throughout the budget process.

We Have a Trash (and  Recycling) Problem

Here are the major problems we’re trying to solve.

1) Starting this year, we have to pay for recycling removal. It’s not cheap Historically, the Town earned revenue on recycling materials. Then in recent years, recycling has been removed at no charge to the Town. Starting in Fiscal Year 2020-2021, due to changes in the current worldwide recycling market, the Town will have to pay a tip fee for recycling removal on a per ton basis. If we do nothing, this will be a new annual expense of about $912,000 this year and will increase to almost $1,200,000 next year.

2) Annual waste tonnage has remained constant - and expensive The Town experienced reductions in total waste tonnage in the early part of the previous decade, largely due to public education efforts and the introduction of single-stream recycling. Unfortunately, annual municipal solid waste tonnage has remained constant for the the last few years, at about 37,000 tons per year. Trash removal is not free. Private trash haulers, as well as residents, bring their waste to the Holly Hill Transfer Station. The Town has to pay to have the collection of waste removed. Removing waste from Greenwich cost taxpayers about $4 million per year. With the new recycling removal expense, that rises to about $5 million per year.

3) If we do nothing about waste, taxes will go up to cover waste removal Without PAYT, taxes will increase in FY21 by 3.42% - the highest tax increase in Greenwich in almost 10 years. We get no additional services (schools, police, fire, parks) for this increase.

Without PAYT, taxes will increase in FY21 by 3.42% - the highest tax increase in Greenwich in almost 10 years.

4) Our current system is unfair - taxpayers subsidize high-waste producers  Without change, our current waste management system is unfair. Unlike other utilities (i.e. water, electric), all taxpayers in Greenwich pay the same for waste disposal because it’s buried in the general property tax rate. Therefore, low waste producers and really good recyclers subsidize high waste producers and people that don’t recycle. If you only throw out one bag of garbage per week and your neighbor throws out ten, you both pay the same amount! The current system offers no incentive to reduce individual waste production.

Best Solution: Pay As You Throw 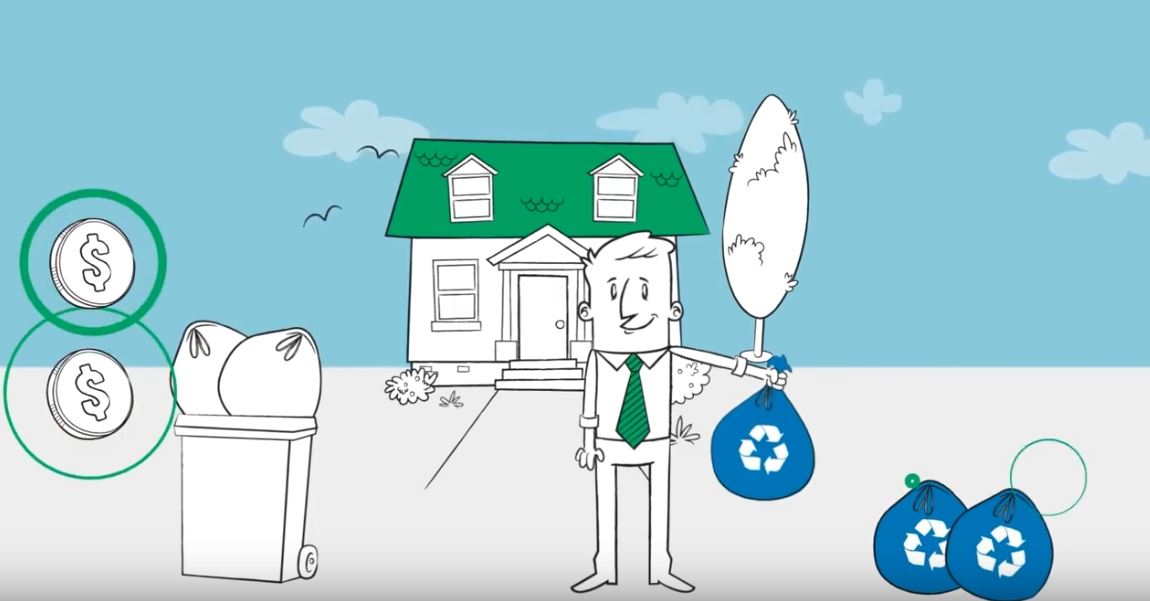 Pay As You Throw solves the Town’s trash problem. It is a fiscally responsible waste management system in which each person pays for exactly how much garbage they throw out. Here’s how it would work:

Pay As You Throw Benefits

1) Expenses go down due to waste reduction & Revenue goes up PAYT changes behavior simply by exposing people to the direct cost of trash removal. By moving the trash expense from the general property tax rate to the per-bag fee, residents and business are more conscious about what they throw out, reuse more, recycle more, and participate in other waste diversion programs (i.e. composting, textile drop-offs).

Because the cost of waste disposal is no longer subsidized by general taxes, revenues more accurately reflect the true cost of disposal. This results in FY2020-2021 an anticipated revenue to the Town of $2,796,385, if implemented on October 1, 2020.

Without PAYT in this budget, Greenwich will experience the second highest tax increase in 10 years and will have no sustainable solution to the trash and recycling crisis for the next budget year. PAYT produces a Town budget within BET guidelines and addresses waste management, which the BET identified as an area of concern in FY2020-2021.

The only change is the bag we put our garbage in will now be an official Town garbage bag.

4) Fairer system for residents and businesses Under

our current system, everyone pays the same amount for waste disposal services, regardless of how much trash they produce or recycle. PAYT puts personal and fiscal responsibility into waste management because each person and business is directly responsible for their trash production, just like other utilities. PAYT empowers residents to have control over their own waste disposal rates and costs. Greenwich currently rewards high-waste producers and poor recyclers because they bear no burden of that expense. The opposite occurs under PAYT, which incentivizes residents and businesses that reduce waste production and are good at recycling.

PAYT is the "single most effective tool a community can implement to reduce waste," according to Connecticut Department of Energy & Environmental Protection (CT DEEP). In fact, CT DEEP has been studying PAYT for decades and it is one of their top municipal policy recommendations for environmental impact. Due to the waste reduction power, municipal adoption of PAYT is critical to avoiding another trash incinerator in Connecticut, which is planned to cost taxpayers nearly $330 million in public financing. PAYT in Greenwich will provide significant environmental benefits, according to the CT DEEP.

Note: You may hear "Pay As You Throw" referred to as SMART (Save Money and Reduce Trash), which is what CT DEEP calls it. It’s the same thing. 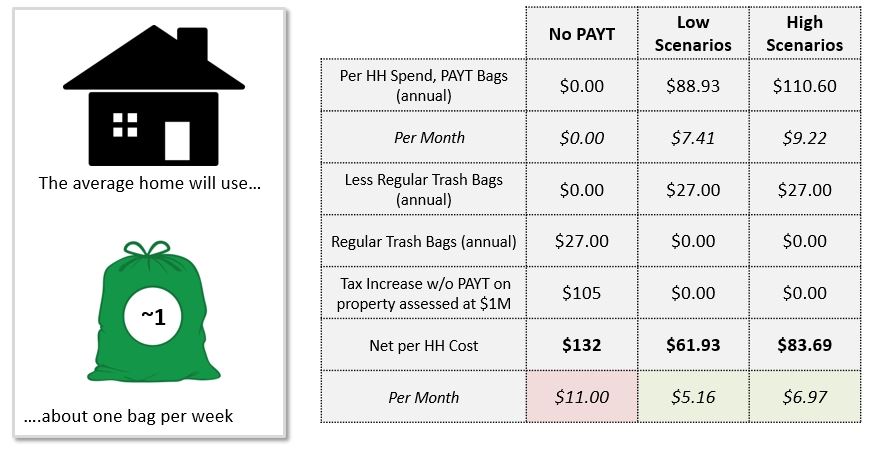 Tipping Fee vs Pay As You Throw

A tipping fee was also considered as a solution to help offset the FY2020-2021 impact of the new $912,000 recycling expense. However, the Town chose the PAYT solution over a tipping fee for many reasons, including the changes in behavior that reduce trash, the significant operating savings from trash reduction, the increased fairness in managing waste costs, and the massive positive environmental impact.

Here is a more detailed comparison of Tipping Fee vs Pay As You Throw. 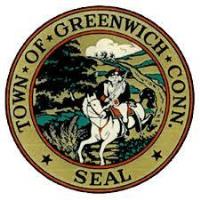