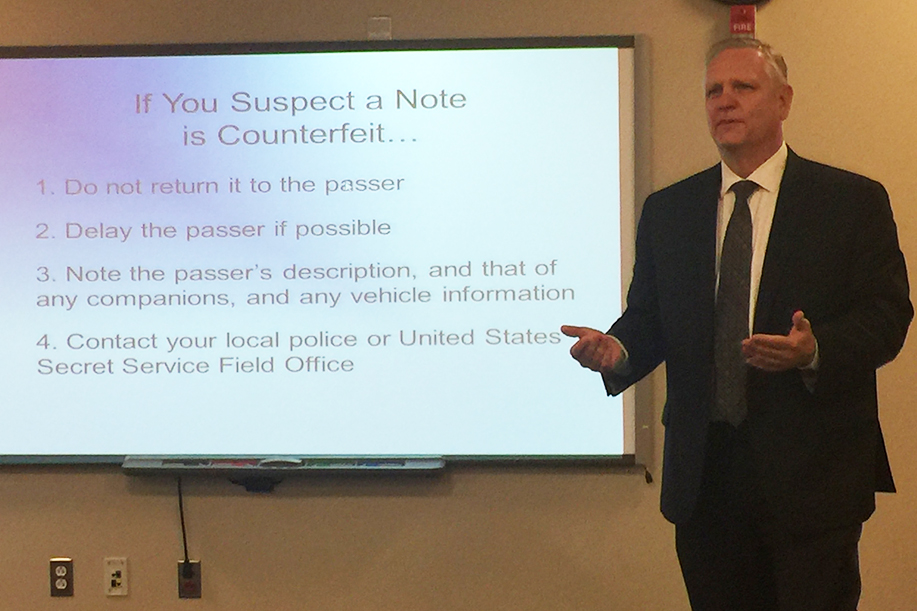 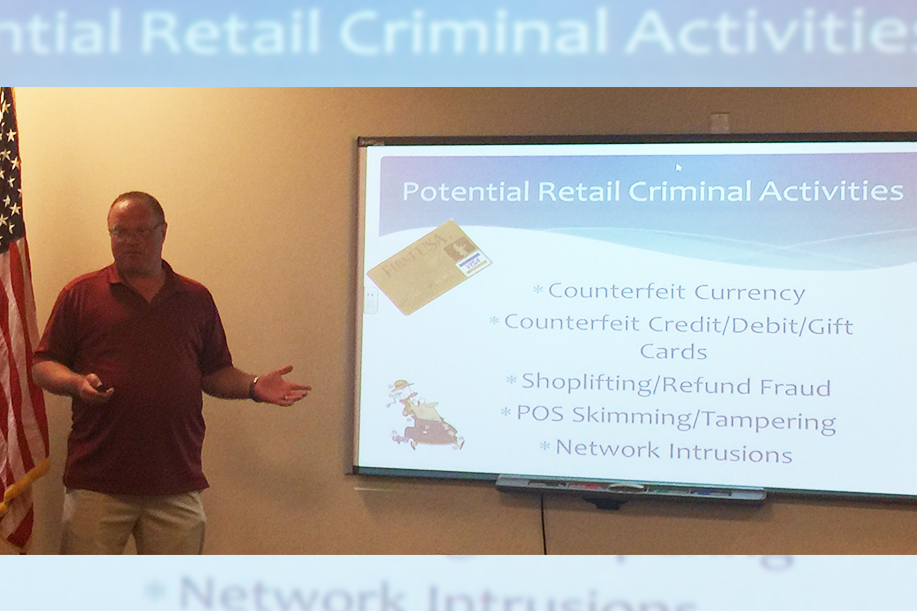 Detective Mark Solomon, conducted a very informative seminar on, Combating Identity Theft and Retail Fraud. Attendees learned how to spot a shoplifter (wears bulky clothing, no eye contact, looking around, head covering) and tips on how to avoid credit card fraud. Christopher Riley, resident agent in charge of the U.S. Secret Service’s Connecticut financial crimes task force, showed us how to spot counterfeit bills. Did you know that the twenty-dollar bill is the one most counterfeited?

Some other takeaways:
We are so appreciative of Greenwich Police Department’s Special Crimes Task force and the FBI for allowing us to host this educational session!

For more seminar details read the below Greenwich Times Article: 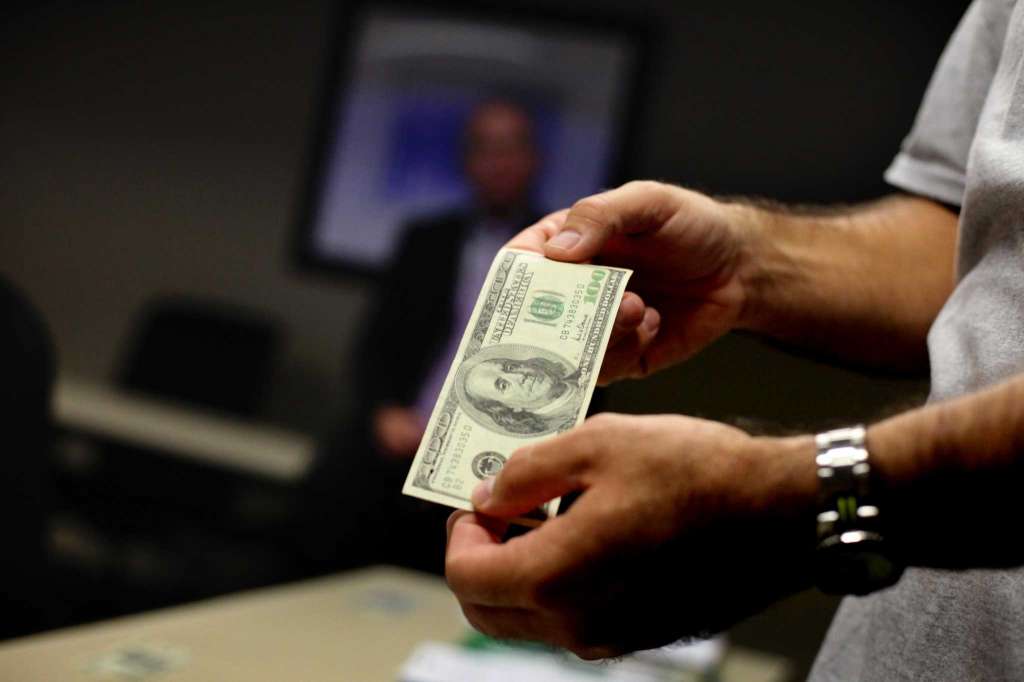 The enormous number of ways criminals can defraud shoppers and business owners requires increasing awareness about how to combat their efforts, Greenwich police detective and state financial crimes task force member Mark Solomon told attendees of a Monday panel on how to combat identity theft and retail fraud.

“It’s a constant cat-and-mouse game — there’s always a vulnerability criminals will learn to exploit,” Solomon said during his presentation. “It’s not if (criminals) do have our information, but how many times over they have it.”

Due to its wealth and slowness to adopt more secure credit card technology, the United States has become a prime target for cybercrime and fraud, according to Solomon and his co-presenter Christopher Riley, resident agent in charge of the U.S. Secret Service’s Connecticut financial crimes task force.

The Greenwich Chamber of Commerce co-hosted the event with the police department, and a variety of local business people expressed alarm while learning about the many ways criminals could take advantage of them.

Despite the decrease in cash payments, local business people have important roles in spotting counterfeit money, Riley said. “The bottom line is know your money,” he said. “You guys are the best fighters against counterfeiters because you’re on the front lines.”

Probably the best way to check a bill for authenticity is by noticing whether the optically varying ink of the bill’s number on its lower right side fades copper to green as it’s passed through the light, he said. Other distinguishers are the watermark, the feel of its cotton blend, crisp printing and how the ink on real cash bills never dries, which means it can leave smudge marks when rubbed against paper without defacing the bill.

Around half of counterfeit bills made in the U.S. are printed from all-in-one ink-jet printers, Riley said, and they can’t re-create those tells.

The financial crime task force presenters encouraged business owners to ensure they are Payment Card Industry compliant, because otherwise they could be prime targets for fraud. “Criminals are looking for businesses who are slow to change,” Riley said.

Law enforcement officers have noticed criminals are trying to take advantage of businesses that haven’t yet switched to accepting chip credit cards, Solomon said, because it’s much more difficult to hack chip cards. “Chips are much safer than magnetic stripes, but many businesses are not ready to accept chip cards,” Solomon said. The result is more than 170 business locations in Connecticut that have been identified as possible breach points for fraud in six months, he said.

Skimming machines used to collect shoppers’ credit card information have also been used across Connecticut and in many places in Greenwich, Solomon said, adding some local businesses have already begun thwarting skimmers by marking their credit card machines with tape or ultraviolet markings.

When it comes to preventing shoplifting, Solomon said, the best way to foil thefts is with “great customer service.”